One of my favorite cons is Cosplacon- a friendly, well-run affair that focuses specifically on cosplay and cosplayers.

This year, I went with Kiogenic (cosplay daughter) and friends to the annual event.  Once they were ready to hit the floor, we went down to the atrium for photos:

this is Kiogenic’s “Lego Batman” Robin.

When we were done and they had run off to meet up with friends and other people much cooler than I am, I sat in the sunny, 1970’s lobby and watched the show.

I love Cosplacon because just about everyone is in cosplay (it’s a cosplay convention, after all).

There were assassins and pokemon, monsters and anime princesses. A sea of happy, excited and excellent cosplay.

But as I sat there, my attention was most drawn to an stunning, statuesque cosplayer in fishnets, top hat and a tailcoat. 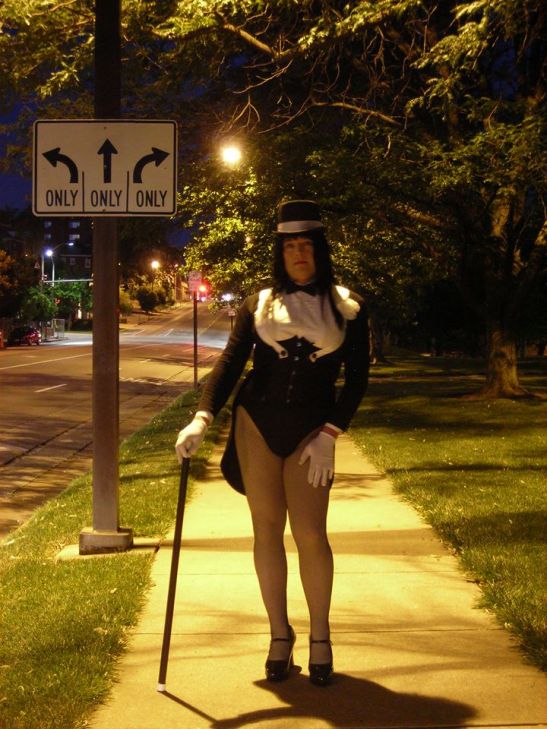 When he worked his way around the floor, I asked to take his photo and we struck up a conversation. This is how I met the eloquent, elegant Edward Johnson, aka Dr. Crossplay.

Why do you cosplay? I cosplay for fun along with the recognition and respect from other cosplayers and fans. I’m able to bring my favorite comic book characters to life and I love the positive attention I get from fans,other cosplayers, friends and strangers.

How do you decide what to cosplay? I get a lot of my choices from Google, Bing, Facebook, and Deviant Art.

Do you have a favorite, or signature cosplay? My favorite cosplays are and have been Zatanna, Harley Quinn, and Poison Ivy.

Do you make or buy your cosplays?  I tend to make my own costumes.just not exactly from the fabric or from the first sequin and stitch up. I throw together my costumes from other clothes and some other costumes I buy locally on the cheap or from thrift and do some hemming here, and adding more style there, to make my costume the way I want it to be the best I can make it to be.

What advice do you have to other cosplayers? Start out small. Go to the nearest con or comic event nearest to where you live. Don’t be afraid to buy a costume and do some modding or fixer-uppers to get the costume to fit how you want it to. Many cosplayers start out for the first time will go with something simple and build up for there as they progress. If you go to a convention, you’ll see a lot of different types of costumes, from store bought to homemade, from simple to complex. Some people aim to look as much like the character they’re portraying as possible. Others don’t. It’s all a matter of personal choice. The key to not being intimidated by other cosplays is to remember, it’s just for fun and those cosplayers are having fun just as much.

What is the best thing someone has said to you about your cosplay? Most people will say “That’s a great cosplay. Did you make it yourself?” 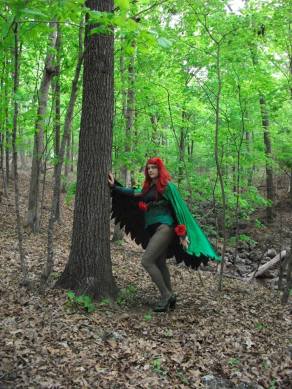 What’s the worst thing that someone has said to you about your cosplay? The worst I’ve had to endure a few cat calls and some homophobic slurs. Most of the slurs were online. I will sometimes confront them online and put them in their place and or just block them all together.